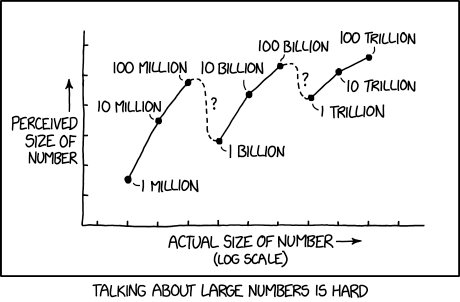 One area of population genomics which is quickly evolving is visualisations of large datasets. My hope is that with good visualisations researchers will be able to find new features and relationships in the data.

Our particular dataset is the Medical Genome Reference Bank (MGRB). At this point in time it contains approximately 80 million variants and 3000 samples. We’ll be focusing on just the variants because adding sample information adds orders of magnitude more data.

The completed dashboard is available at the Sydney Genomics Collaborative(requires a google account or registration).

update 29/12/2018: A nice article on the challenge of scaling with genomic data was written recently, The Desperate Quest for Genomic Compression Algorithms.

The first challenge we faced was choosing a database to enable the kind of visualisations we were envisioning. The most important feature we were looking for was millisecond response times at the scale of 10E8 variants. We experimented with various databases but ended up settling on MapD.

You can see some of the tests we conducted on github.

To alleviate our concerns around concurrent requests, we implemented a cache layer. The cache layer works quite well because even though we have lots of dimensions in the data, most of the genomics queries we see at the moment revolve around common features like genes.

The data arrives in the form of a VCF. From the VCF down, all of our data processing was done using Hail, which is a great open source tool for manipulating population scale genomic data. One of the challenges we faced was adding annotations to the data.

The backend needs a place to live and ideally a cheap place to live. We did a lot of testing on AWS and GCP but ended up settling on AWS because they offer GPU spot instances which GCP doesn’t support at the moment. We created a load balanced HTTPS service with autoscaling spot instances.

The front end was built using MapD charting libraries which are a fork of dc.js.